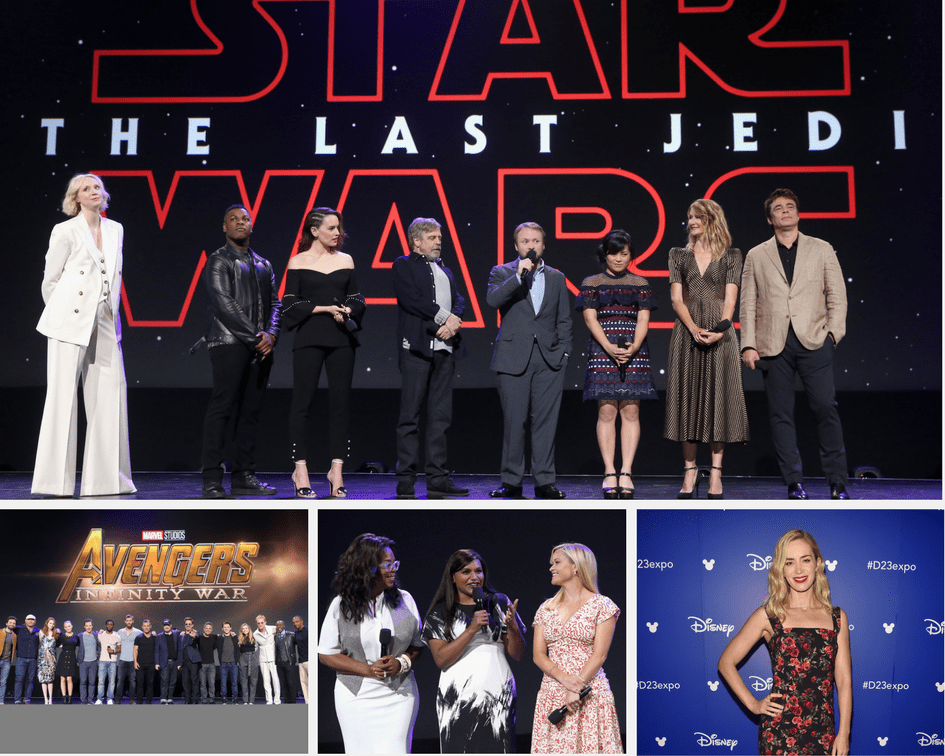 Creativity, special effects, cliffhangers and star power came together for the incredible Disney, Marvel Studios and Lucasfilm live-action panel at D23 Expo. It was one of the most expected presentations and fans lined up for hours to get the chance to learn about exclusive news and details from Walt Disney Studios Chairman Alan Horn. Although no cameras were allowed, I was able to find this video recap so you can get a glimpse of what I was able to experience.

There were so many moments in which I felt like pinching myself. I’m a movie fan and even took some film electives during college, so you can only imagine my excitement in the presence of many award-winning directors, producers and actors. We’re talking about true legends! 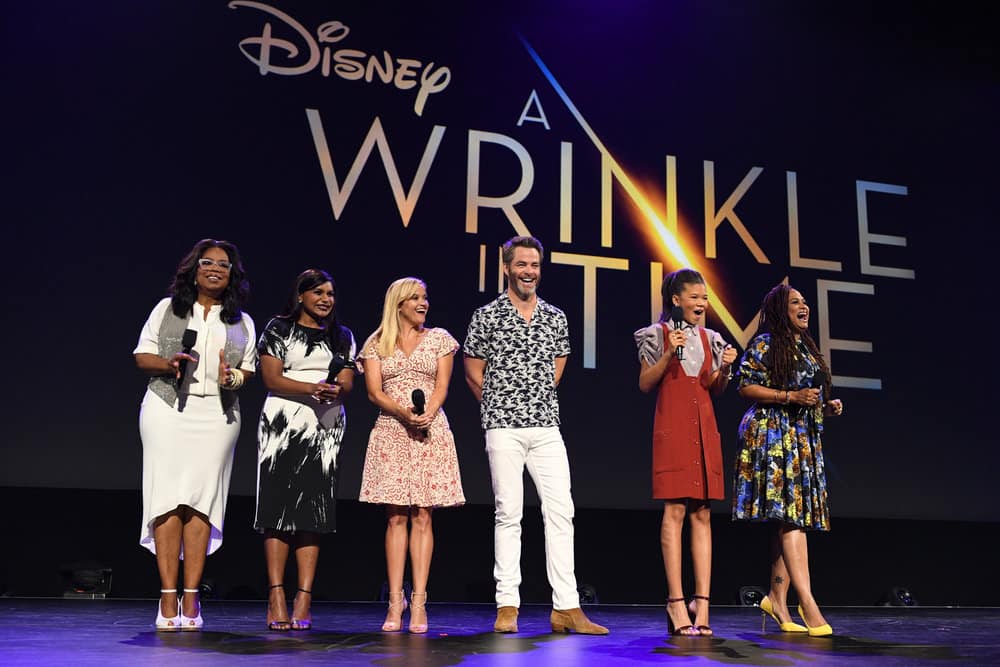 When Ava DuVernay walked on stage with “A Wrinkle in Time” cast members Oprah Winfrey, Reese Witherspoon, Mindy Kaling and Chris Pine along with newcomer Storm Reid, it felt groundbreaking on so many levels. DuVernay said she wanted the cast to reflect the world we live in, and I am thrilled she got the support she needed. The entire cast mentioned her as the main reason why they signed on to the movie. Disney’s commitment to diversity is not just for marketing’s sake. It’s risky because they are willing to trust a visionary like DuVernay to bring Madeleine L’Engle’s timeless classic to life, while supporting more diversity in the film industry. Kudos to Disney!

“A Wrinkle in Time”

The film, which is an epic adventure based on Madeleine L’Engle’s timeless classic, takes audiences across dimensions of time and space, examining the nature of darkness versus light and ultimately, the triumph of love.

Meg Murry (Storm Reid) is a typical middle school student struggling with issues of self-worth who is desperate to fit in. As the daughter of two world-renowned physicists, she is intelligent and uniquely gifted, as is Meg’s younger brother Charles Wallace (Deric McCabe), but she has yet to realize it for herself. Making matters even worse is the baffling disappearance of Mr. Murry (Chris Pine), which torments Meg and has left her mother (Gugu Mbatha-Raw) heartbroken. Charles Wallace introduces Meg and her fellow classmate Calvin (Levi Miller) to three celestial guides—Mrs. Which (Oprah Winfrey), Mrs. Whatsit (Reese Witherspoon) and Mrs. Who (Mindy Kaling)—who have journeyed to Earth to help search for their father, and together they set off on their formidable quest. Traveling via a wrinkling of time and space known as tessering, they are soon transported to worlds beyond their imagination where they must confront a powerful evil. To make it back home to Earth, Meg must look deep within herself and embrace her flaws to harness the strength necessary to defeat the darkness closing in on them.

“The Nutcracker and the Four Realms”

This was a total surprise to me. Sean Bailey shared with D23 Expo 2017 fans Disney’s all-new take on a classic story in “The Nutcracker and the Four Realms.” Starring Keira Knightley as the Sugar Plum Fairy, Mackenzie Foy as Clara (you might remember her from the last Twilight movie), Helen Mirren as Mother Ginger, Morgan Freeman as godfather Drosselmeyer, and featuring a special performance by Misty Copeland, the movie is inspired by E.T.A. Hoffmann’s classic tale. I was also thrilled to see Mexican actor Eugenio Derbez in the teaser.

The film largely takes place in a strange and mysterious parallel world—home to Land of Snowflakes, Land of Flowers and Land of Sweets. But it’s the ominous Fourth Realm where Clara must take on a tyrant called Mother Ginger as well as a gang of mice who’ve stolen a coveted key from Clara.

“The Nutcracker and the Four Realms” is directed by Lasse Hallström and produced by Mark Gordon and Larry Franco. The film will open in U.S. theaters on Nov. 2, 2018.

Emily Blunt, the star of Disney’s sequel “Mary Poppins Returns,” also took to the stage with director/producer Rob Marshall to talk about the eagerly-anticipated return of the practically-perfect nanny. In this original musical sequel to the 1964 “Mary Poppins,” Mary and her friend Jack, an optimistic street lamplighter played by Lin-Manuel Miranda, embark on entirely new adventures with the next generation of the Banks family to help them find the joy and wonder missing in their lives.

Emily Blunt made it clear that she made the character her own. She even avoided watching every single detail of the original Mary Poppins. “I needed to try to pay homage to Julie Andrews, but carve out a new space for myself,” said Blunt. “And we were very loyal to the books.”

P.L. Travers first introduced the world to the no-nonsense nanny in her 1934 children’s book “Mary Poppins.” However, the subsequent adventures of Mary Poppins remained only on the pages of the seven other P.L. Travers’ books…until now. “Mary Poppins Returns” is drawn from the wealth of material in these additional books. The film also stars Ben Whishaw as Michael Banks, Emily Mortimer as Jane Banks, Julie Walters as the Banks’ housekeeper Ellen, with Colin Firth as Fidelity Fiduciary’s William Weatherall Wilkins and Meryl Streep as Mary’s eccentric cousin Topsy. Angela Lansbury appears as the Balloon Lady and Dick Van Dyke as Mr. Dawes Jr., the retired chairman of the bank now run by Firth’s character. “Mary Poppins Returns” is directed by Rob Marshall. “Mary Poppins Returns” will be released in U.S. theaters on Dec. 25, 2018.

Visionary filmmaker Tim Burton is busy directing his next project—a live-action reimagining of Disney’s 1941 animated classic “Dumbo.” “’Dumbo’ was always one of my favorite Disney films,” said Burton. “We’re trying to give it the same heart, feeling and emotion that we all loved about the original.”

The film stars Colin Farrell as Holt Farrier, a former circus star and war-veteran charged with the care of a newborn elephant whose oversized ears make him a laughingstock of an already struggling circus. Nico Parker and Finley Hobbins were cast as Holt’s children, who discover that Dumbo can fly. Danny DeVito portrays circus owner Max Medici who tries to capitalize on the novelty. And Michael Keaton is persuasive entrepreneur V.A. Vandevere who swoops in with aerial artist Colette Marchant, portrayed by Eva Green, to make Dumbo a star. 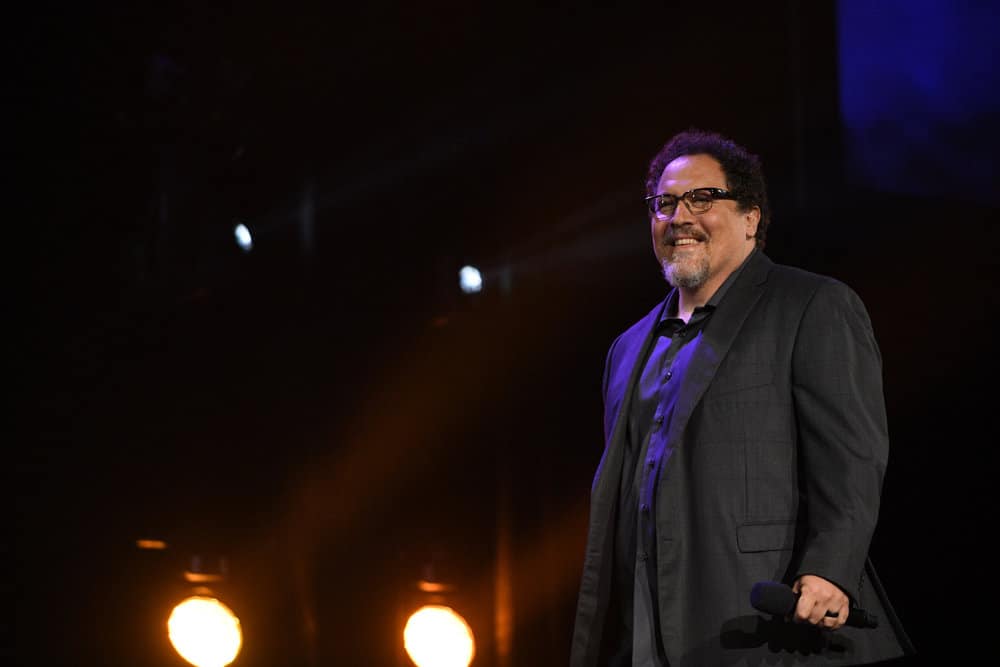 Alan Horn joined Bailey to surprise the D23 Expo crowd with a special look at director Jon Favreau’s new live-action take on Disney’s 1994 classic animated film “The Lion King.” The technology team behind the movie are introducing all-new filmmaking techniques that promise striking visuals never before seen on the big screen—bringing celebrated characters to life in a whole new way. I was surprised by how emotional it made me and by the tears that came from nowhere. The beauty of that opening scene and how it matched the animated version was breathtaking.

Favreau, who was behind 2016’s blockbuster live-action remake of “The Jungle Book,” was clear on how important it was to honor the original film. “I wanted to demonstrate that we could be respectful of the source material while bringing it to life using new techniques and technologies. ”

“The Lion King” is one of the biggest animated films of all time with a lifetime global box office gross of $968.8 million. It won Academy Awards® for the original song “Can You Feel the Love Tonight” (Elton John, Tim Rice) and original score (Hans Zimmer). In 1997, the stage production inspired by the film made its Broadway debut, subsequently winning six Tony® Awards; 19 years later, it remains one of Broadway’s biggest hits.

The cast is stellar.  Donald Glover is Simba, and James Earl Jones returns as—naturally—Mufasa. “The Lion King” is slated for theaters on July 19, 2019. If your children haven’t ever seen the animated movie, Disney announced later that the digital version will be coming out of the vault in August.

For me, the most anticipated part of the presentation was “Star Wars: The Last Jedi. Rian Johnson, the writer and director of the latest chapter in the Skywalker saga,  Johnson thrilled the audience by introducing talent from the film, including Disney Legend Mark Hamill, Daisy Ridley, John Boyega, Gwendoline Christie, Kelly Marie Tran, Laura Dern and Benicio Del Toro.

No, we did not get to see a trailer. They did show behind-the-scenes footage that included Carrie Fisher, which teared me up again.


Mark Hamill shared beautiful words and memories of his costar. I’m going to miss Princess Leia so much after this film. 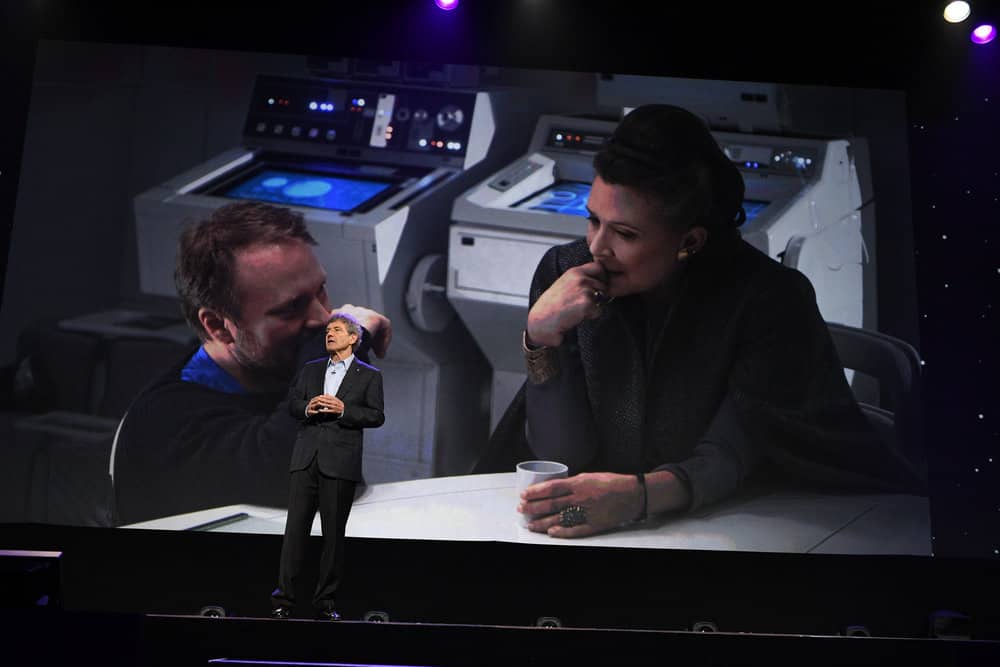 There were no mentions of what to expect in the Han Solo movie that Ron Howard took over a few weeks ago.

The crowd went crazy when it was time for Marvel to take the stage. Kevin Feige unveiled the Marvel Studios’ official 10th anniversary logo and then surprised fans with major star power. 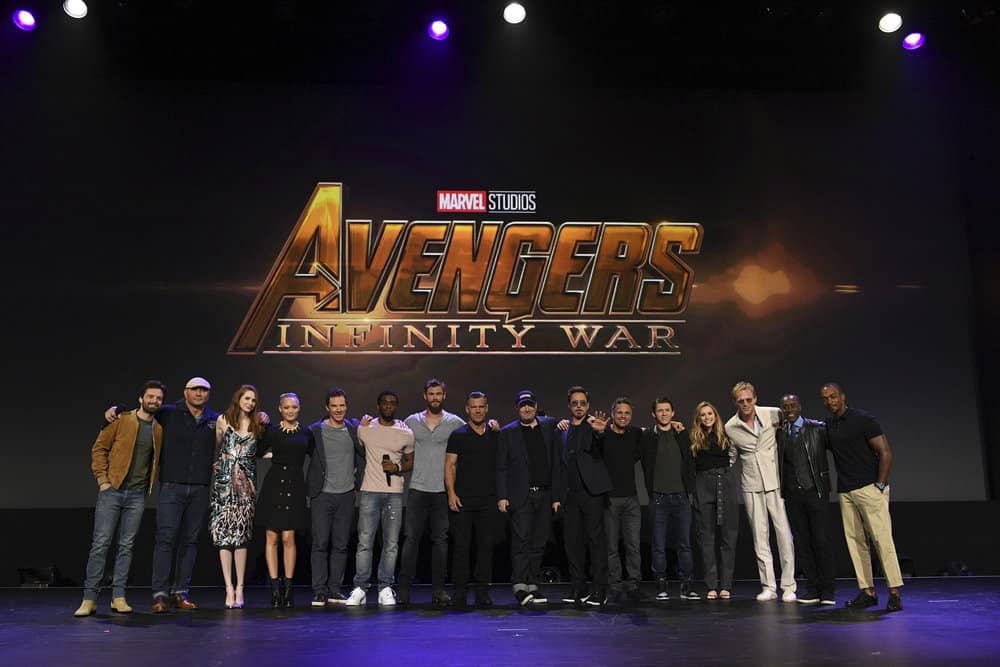 My jaw dropped. Literally. And not because I got to see Chris Hemsworth. I simply couldn’t wrap my head around seeing so many superheroes together.

It was the perfect way to tease “Avengers: Infinity War”  because the film spans the entire Marvel Cinematic Universe. Yes, all of it.

Marvel Studios’ “Avengers: Infinity War” brings to the screen the ultimate, deadliest showdown of all time. The Avengers and their Super Hero allies must be willing to sacrifice all in an attempt to defeat the powerful Thanos before his blitz of devastation and ruin puts an end to the universe. From what I saw, it will be a game-changer. Yes, star power helps, but the special effects and story look incredible. I’m sure it will break records at the box office when it releases on May 4, 2018.

Until then, let’s just enjoy stars like Hemsworth and Ruffalo, who are incredible actors and even better looking in person. 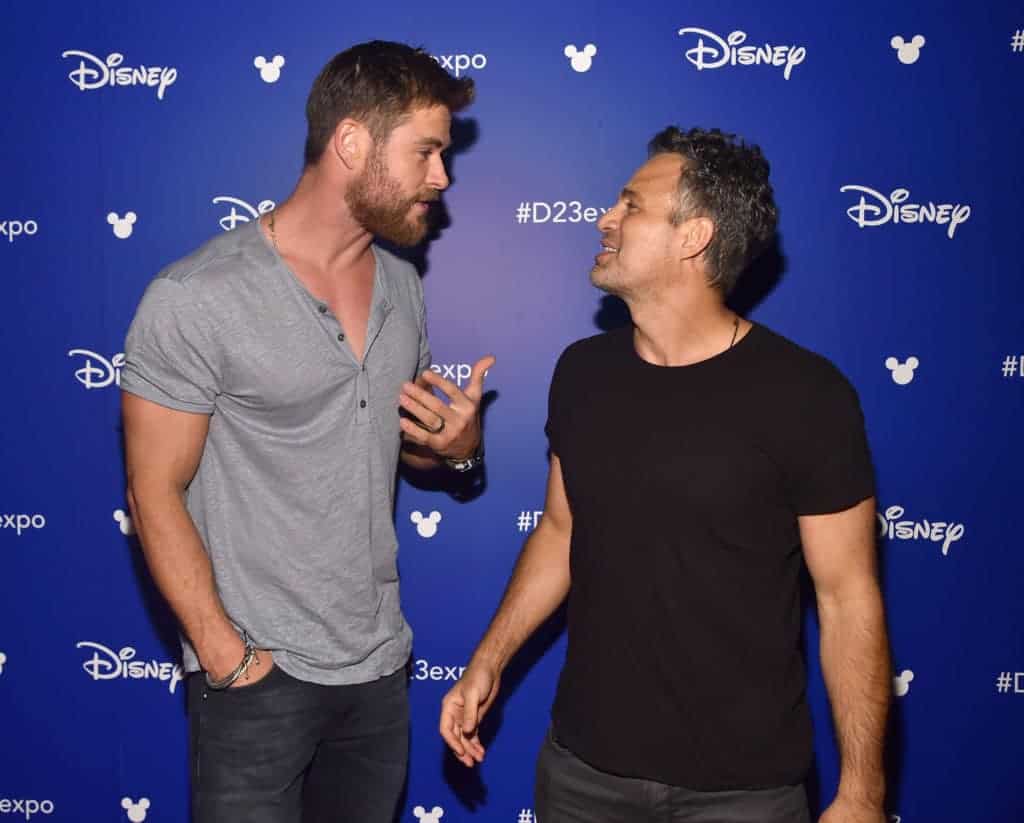 In true Disney fashion, more movies were announced. These are the new films underway at the studio:

Which movie are you most excited to see? I can’t pick just one! Marvel’s Avengers: Infinity War looks incredible but I’m a loyal Star Wars fan.

Disclosure: I was invited by Disney to cover D23 Expo. No compensation was received for any of my posts. 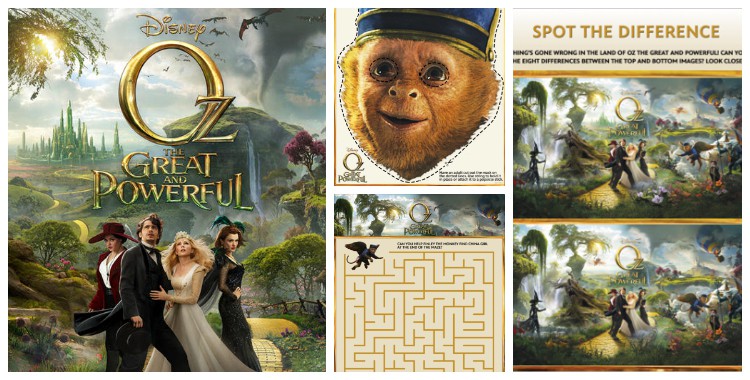 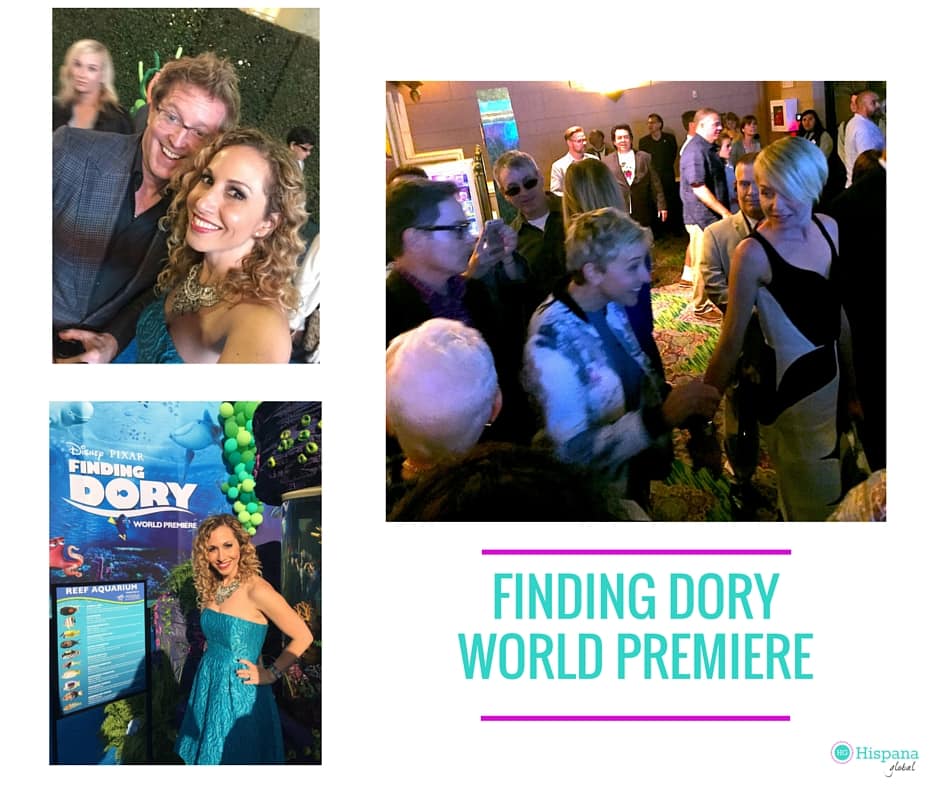 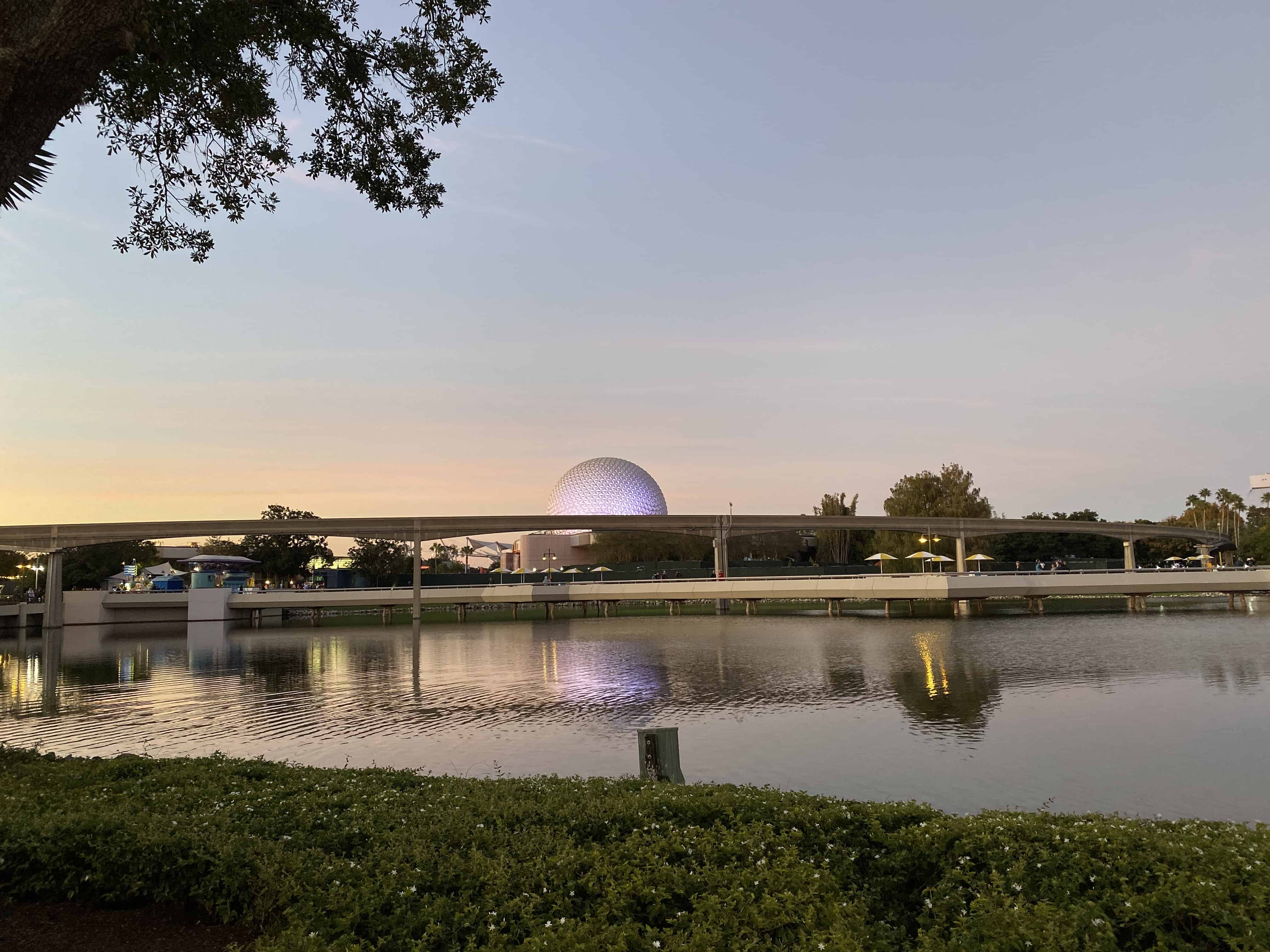 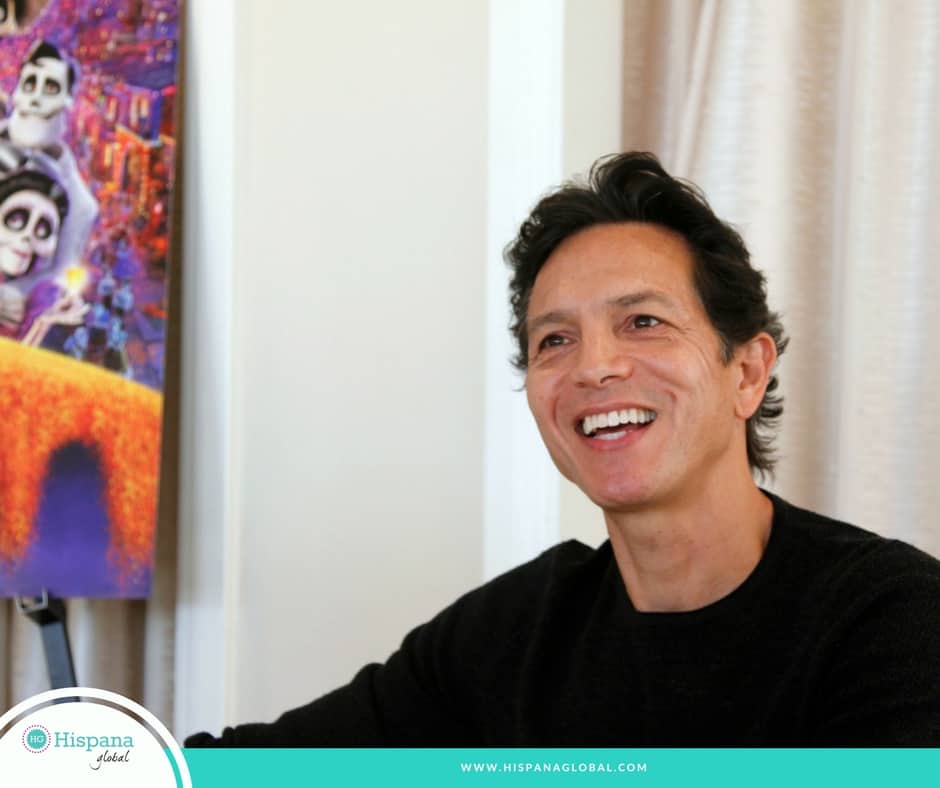 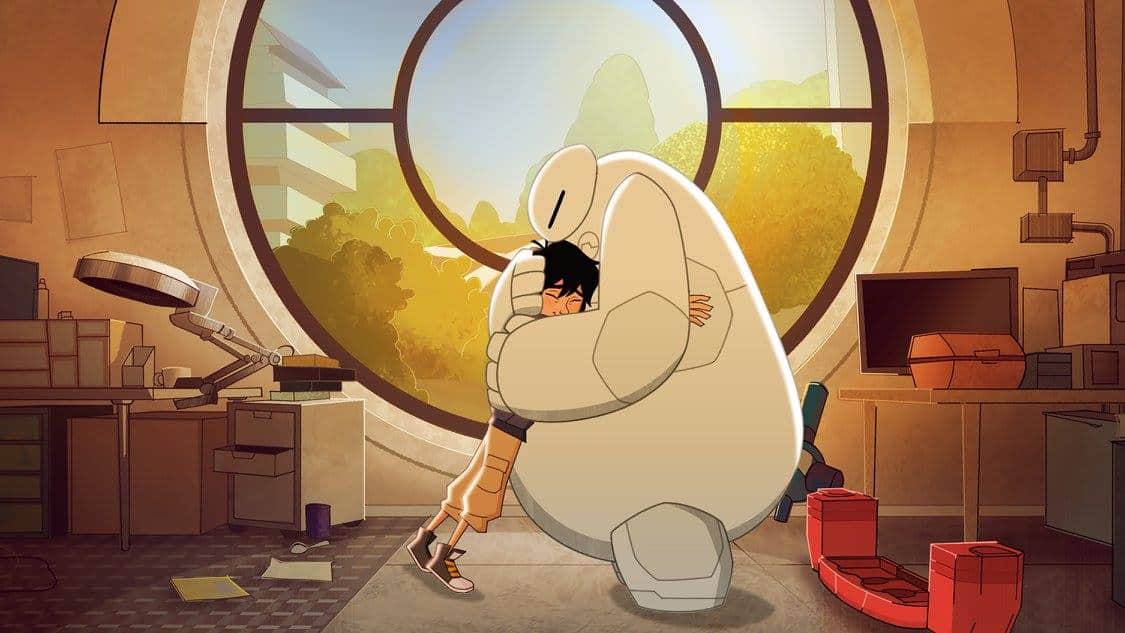 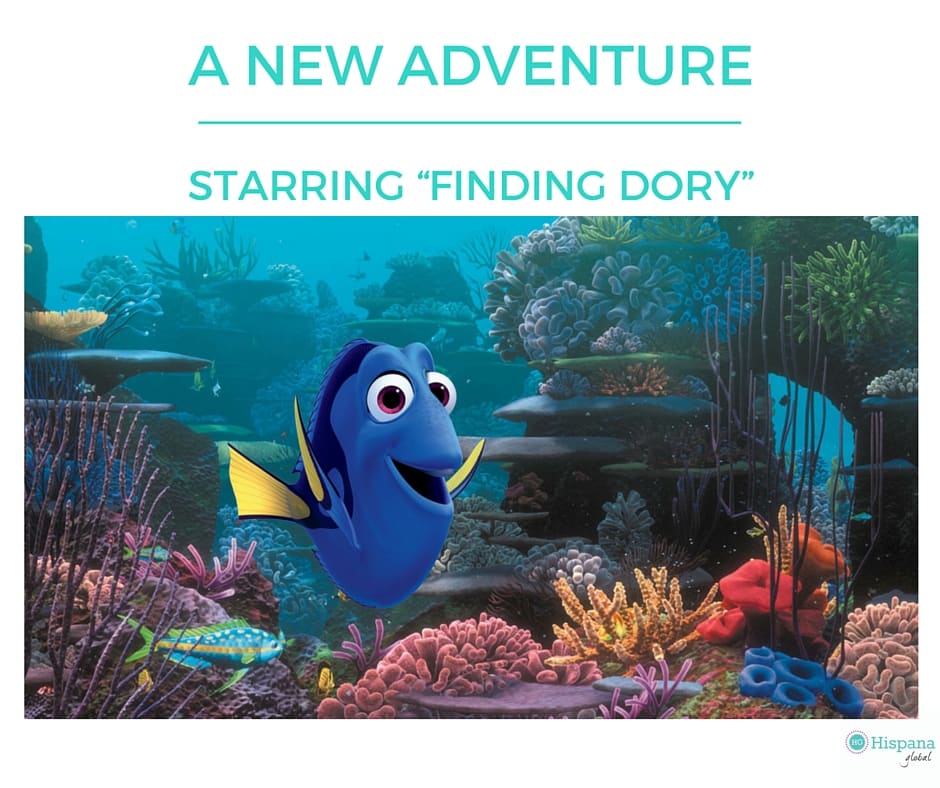